A Funny Thing Happened To Me On The Way To The Vortex: Photos from Speed Build 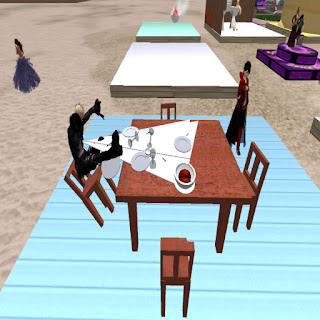 We've posted a new gallery of photos from a  recent Sexy Sunday Speed Build Contes. (we have them every week at the Zindra Help Vortex)

This theme was: 'A Funny Thing Happened To Me On The Way To The Vortex'

Check out the gallery of photos now
Posted by Boot Goddess Gina at 10:30 AM No comments: 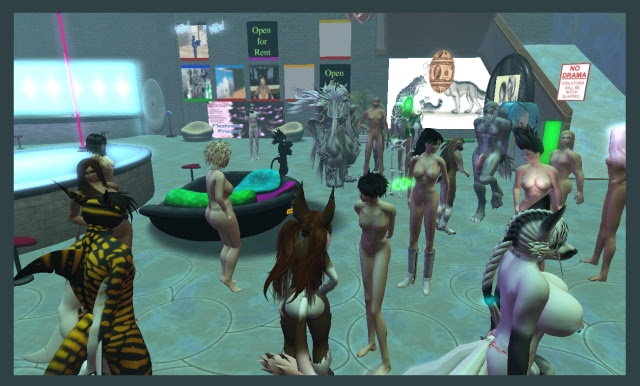 Silene Christen, the genius behind the current Zindra Fleshmob Project has created some amazing photos based on the phenomenon.

This series of images will form the basis for an upcoming art exhibit.

See the photos on Life Art now!
Posted by Boot Goddess Gina at 4:42 AM No comments: 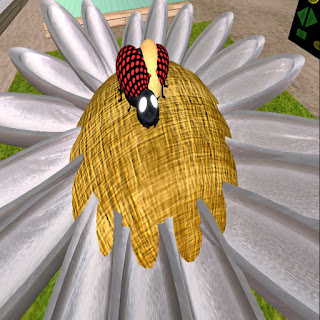 Every week we have a new surprise theme and a lot of great entries. Contestants are given exactly one hour to create something.

The Sexy Sunday Speed Build is open to residents with any skill level, and we love sharing tips with newbies, so come and participate!

TP to Zindra Help Vortex
Posted by Boot Goddess Gina at 10:20 AM 2 comments: 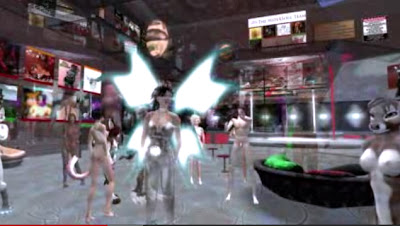 Check out the full video here!

Posted by Boot Goddess Gina at 11:17 PM No comments: 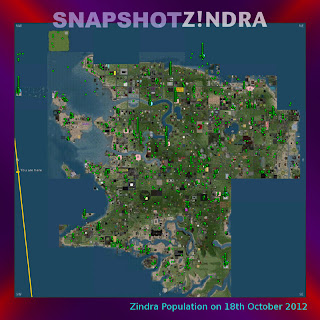 Take a look at this photo of the adult mainland, Zindra! See the green dots.

Thanks to Silvanus Northman for continuing to provide great research about Zindra.

If you like these snapshots, perhaps there will be more to come.

Posted by Boot Goddess Gina at 7:20 PM No comments:

Zindra Fleshmob Project: Baring It All For The Adult Mainland in Second Life 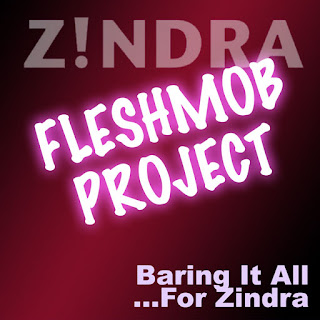 Take part in an all new happening!


Go to the Zindra Fleshmob page and watch out for surprise dates,  times and places!

TIP: the exact locations will never be posted early....they are revealed JUST BEFORE the actual time of the event.
So look at the dates, mark your calendar and get ready for the surprise location!

To get ALL the details and stay up to date: Join the  SL group  called: Zindra Expo 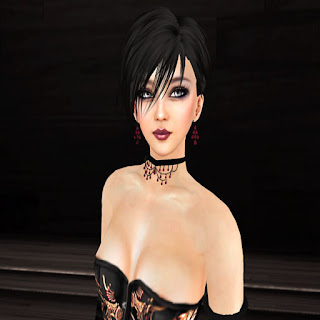 Xenon Gynoid has been an SL Innovator for years, working on groundbreaking artistic projects and multimedia, interactive concepts that challenge the expectations of the virtual world. Recently, I caught up with Xenon to discuss her new Naked Explorer project, (which promises to be a very exciting for Zindra!), her other works, and her feelings about adult SL and the mainland. - Gina


Gina: Tell me about the plan, the mission, the vision for your Naked Explorer project!

Xenon: I always wanted to explore the mainlands, since i first left Help Island, more than five years ago. To forgo teleports and get a feel for the geography of this virtual place we all live in: walk, fly, swim, or use vehicles of all kinds. The main reason why I never did it was that social life always kept me quite busy! Some months ago a year-long relationship I had broke up, and I realized it was a good time to recover that almost-forgotten project and bring it to life. I had been leading a very 'kinky' life, mostly in the D/s lifestyle, so exploring the adult continent, naked and willing to "get in trouble", felt like a very good way to start my travels. It also gave me the chance of experimenting new things I have always been interested in!


Gina: What are some developments you'd like to see Naked Explorer undergo going in the future?

Xenon: The project has changed in the last month. My SLife has changed a lot during this month, which of course feels like half a year! Right now I'm not in the mood to "get in trouble" for a while, focusing in a more mature —more adult!— relationship right now, but the eagerness to explore and travel is the same. My plan is still to explore fully each of the 347 regions that make up the continent. To map each of them, investigate each parcel, find cool places, sail the seas and rivers, and walk or ride on each and every road!


Gina: What are some of your views about Zindra, the adult mainland?

Xenon: I think moving all mainland adult content was a good idea initially, even when the probability of it becoming a sort of "porn ghetto" was high. I wasn't even here when that happened —took a long break from SL—, and now that time has passed the place I am exploring 'feels' like it has matured a lot. It seems most merchants prefer skyboxes or private islands, and the same happens with clubs, dungeons, 'free sex' spots and such. That leaves the land to residents who prefer to build taking in consideration their environment, the context in which they live. You can clearly see this in the riverside builds, for instance. Most of the builds along the river are quite nice, without much advertisement or other eyesores!


Gina: How do you feel Zindra 'fits in' to the world of Adult SL in general?

Xenon: I believe having a full continent, a big mass of virtual land in which people can be 'adults' in the full sense of the word, is a great opportunity for much more than porn and 'kink'. Having a place where art can be expressed without concerns about censorship, for instance, or a place where discussion about subjects of interest to adults can happen, is quite important. And the fact that it is not a dispersed mass of private islands but a place to which one can feel attachment is also very important... i am a 'Zindran'. I feel I belong to the place, even if I'm not interested in lots of things that happen in the continent right now, it is the place I belong to!


Gina: What are some of your views about Adult SL?

Xenon: I feel there is a whole aspect about being adult that is underdeveloped in SL. Sexuality is a big part of business here, but there are lots of other things that could take place in a virtual, adult world, and haven't yet found a proper way. Places like the NooPark, which combines all sorts of art exhibitions with Science Fiction, D/s, pony-play and other sensual themes, are for me a very refreshing way of doing things that could only be done in an adult setting.


Gina: How do you think Zindra and Adult SL can impact SL?

Xenon: Recently I read a blog post about the dangers of SL becoming a new 'WELL', about it losing value as a business and becoming a ghetto for old timers that find it difficult or impossible to accept change. I believe a more tightly connected adult community, which encourages and investigates new fields, new ways to take advantage of the freedom SL gives us to create and try new things... would be amazing!


Gina: What other projects are you working on (or would like to)?

Xenon: Some time ago I worked for years on an artificial creativity project (AI + Music) outside SL. The project has been in stand-by for some time, but the next steps, when i finally start to work on it again, will be purely inside SL: the creation of an artificial 'culture', a tiny civilization of aesthetically independent little beings that would interact with different kinds of stimuli from the outside world and decide if they 'like' them or not!

Another thing I have always wanted to do is to put in order and sell some of my creations. I'm a natural 'hacker', a 'modder':  I end up changing the behavior and looks of almost everything i have! Some day, with time...


Gina: What are some of your previous projects / accomplishments in SL you would like to mention?

Xenon: In June 2007 I organized what probably was one of the first dual experimental music concerts in SL+RL. I was playing in a RL venue (the Museum of Modern Art in Buenos Aires) and streaming into SL, with the visuals from SL working as visuals in the real venue, and both audiences experiencing the concert in a similar way, 'connected'. That was a very interesting path that i didn't explore more, since for personal reasons i left SL —and most of my activities— a short time after that concert.


Gina: What are some ways people can get involved in Naked Explorer?

Xenon: This is mainly a personal project, but I have the intention to invite friends to join me, especially friends who enjoy some of the activities that can be found in Zindra. I'll probably invite the people who follow my adventures to participate in activities I myself have no experience or interest in taking part of... if they don't mind being naked and public!


Gina: If you could tell Linden Lab anything these days, what would it be?

Xenon: The "Moles", also known as the Linden Department of Public Words, are the best idea since SL was born. We want more quality public builds!!! 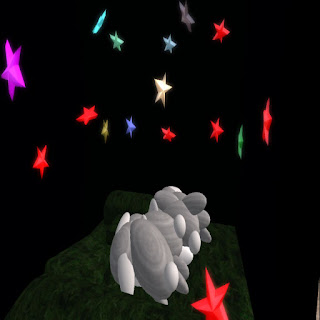 Relax! Sleep tight! We have some cute photos from a  recent Sexy Sunday Speed Build Contest.

The theme was 'Need Sleep'

The Sexy Sunday Speed Build Contest happens every week at the Zindra Help Vortex. A bnew theme each time!

See the Gallery here
Posted by Boot Goddess Gina at 1:29 PM No comments:

A Message From Voodoo Radek About Zindra Help Vortex 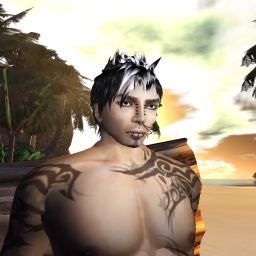 Zindra Help Vortex staff member Voodoo radek has written a very interesting piece about the state of the Vortex:

Regarding to the recent movements on the Linden staff managing the adult SL community, I am one of those who think that this is a good moment to demand their attention concerning the adult community in general, and Vortex sandbox issues in particular. I see these changes as a good point to start over a new relationship between the two parts, and make a common effort to improve the user experience for those interested in adult communities, events, places and activities.. never forgetting that adult topics are not incompatible with others communities and themes, like art and fun (ZEXPO success showed us), and education. Vortex public sandbox is the perfect example of the last. ....Read More

Posted by Boot Goddess Gina at 5:59 PM No comments: 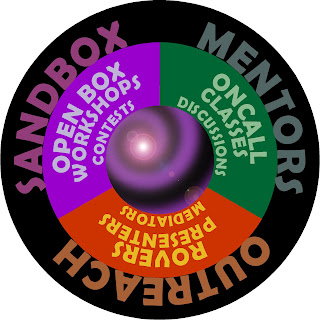 Here is a simple proposal for LL regarding changes to ownership of the Zindra Vortex group. This SL group is the one the staff uses who manage the Zindra Help Vortex. Recently, group ownership has falen into question, and we have this new proposal in front of LL to suggest options.

We hope a discussion can occur soon with LL and a decision made to begin the process of healing, because the Zindra Help Vortex needs to regain its positive effectiveness and recover from previous mismanagement when costly errors have resulted in a risky environment.

Read the proposal here
Posted by Boot Goddess Gina at 5:23 PM No comments:

How To Get From A to B: Great Speed Build Contest Entries at Zindra Help Vortex 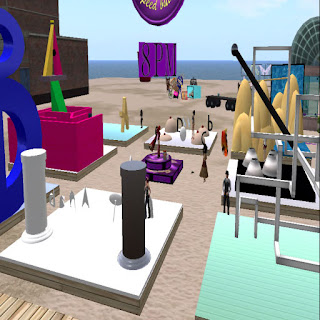 An incredible Sexy Speed Build Contest at the Zindra Help Vortex with some incredible entries. See the Gallery of Photos here.

The theme was 'How To Get From A to B'

The Sexy Sundays Speed Build Contest is every Sunday at 8PM SLT.
Don't Miss it!