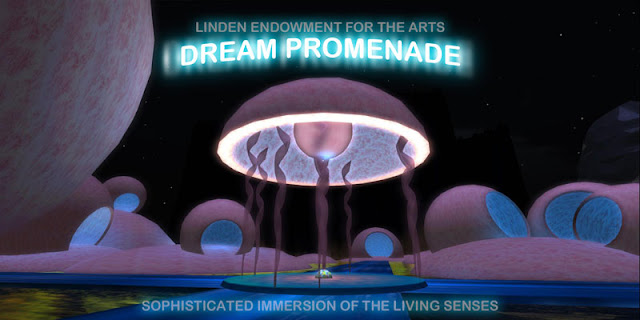 I have removed all of my content from the LEA, including the entire 'adult' exhibtiion area called Dream Promenade and will be seeking a new home for this program.
It is with great sadness I must announce that the Dream Promenade (which, for a brief moment in time, appeared to be a fabulous opportunity for Adult SL to have a fully realized arts exhibition area) will NOT be part of the LEA (Linden Endowment For The Arts)
Why?
Because I have removed it from LEA land and will be looking for a new home for the program.

Let me be clear. I did not quit the LEA and I was not asked to remove the Dream Promenade specifically. I was discriminated against and forced out of the LEA Board by unscrupulous means (which I detail elsewhere), and it is due to my resulting refusal to even be connected to that corrupt agency that I have removed all of my work related to it. No more Dream Promenade there, nothing.

In the end, the results are that, once again, LL administration (persuaded by a angsty troll or 2) moved against a specific resident and exercised biased practices. I'm not saying it was sexist behavior; I have no idea if it goes that direction. But it is disenfranchisement and favouritism any way you view it. First they came after Zindra and erased all traces of the community aspect there (killing all of the Zindra Expo group's programs at the time) and now this......I am starting to feel 'stalked'

The Dream Promenade was just one (but an important one, if you ask me) of the programs I was involved with at LEA. For a moment in time it seemed as if the 'sensual arts region' was going to be a wonderfully positive way to see a sophisticated approach to Adult SL recognized by LL.  Sadly, yet again, the supposed agenda to market Adult SL as something more sophisticated has been undermined by an administration that speaks out of one side of its mouth, but acts from the other. Gone are the officially-endorsed community programs to attract and retain adult residents and now this is the latest casualty. Zindra Expo group? Cut off from LL. Zindra Help Vortex?  Turned into a griefer-paradise by Lab policy. Misogynyst lifestyles and places like 'Gor' promoted by the Lab and easily accessible by minors via Search? The list goes on.....

Why was I fired?
I was eliminated from the LEA Board as a result of their own discriminatory practices and I hope to be moving the Dream Promenade to a better location, to benefit artists, adult community and residents in general who celebrate freedom of expression and empowerment.

I will have nothing to do with the Linden Endowment For The Arts going forward and feel terrible for all of those who have wasted time and effort in that agency. I certainly feel sad for the wonderful and talented people with great contributions within LEA, who are now misrepresented by a corrupt minority. I definitely cannot condone the agency on principles, as it currently operates under unethical business practices that allow discrimination and disenfranchisement.

To LEA: you fired me: deal with it

Posted by Boot Goddess Gina at 2:51 AM No comments: 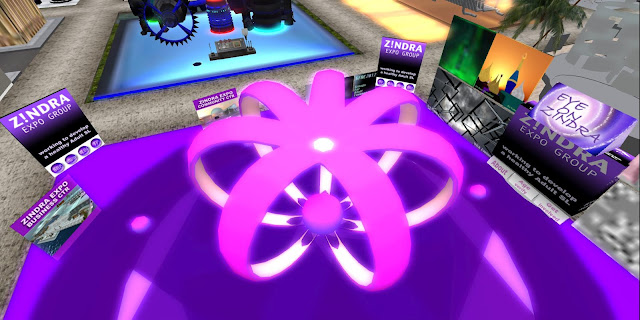 We are very excited to be involved with SL9B, the amazing Second Life Birthday event. This is an historic occasion as residents take charge of what was once a Linden Lab-managed affair.

I am pleased to announce that the Zinra Expo group has a display at the giant event, so please do check it out!
Zindra Expo at SL9B

Congratulations to all of the planners and participants of SL9B. With the type of energy and enthusiasm (and dedication) apparent with this effort, the future looks brighter!

Posted by Boot Goddess Gina at 8:38 PM No comments: 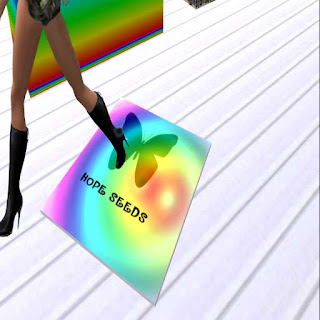 We are very excited to announce many more photo galleries on the Zindra Help Vortex website, showing some of the amazing work from recent competitions!

Every Sunday at 8PM SLT, residents gather in Second Life's only free adult sandbox and help center, to engage in a wild and crazy building contest, where the theme is always a surprise and the time limit is always one hour!

Loyal photographer Nicci Winsmore snaps great images from each week's session, and we archive them on the site.

Latest Updates are from the following themes:
Enjoy the galleries and make certain to stop by the Vortex and participate!
Posted by Boot Goddess Gina at 6:59 AM No comments: